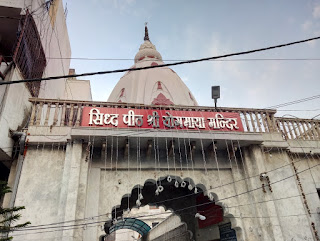 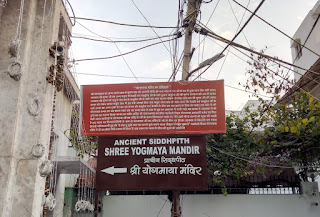 Yogmaya Temple also known as Jogmaya temple is a Shakti Peetha dedicated to the sister of Krishna.Situated in Mehrauli, New Delhi, close to the Qutb complex.Its an ancient temple more than 5000 years old. 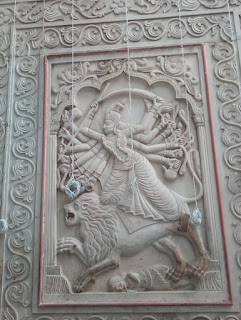 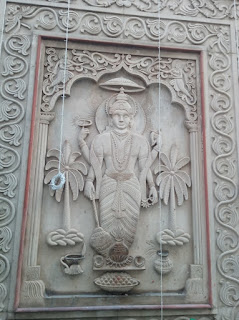 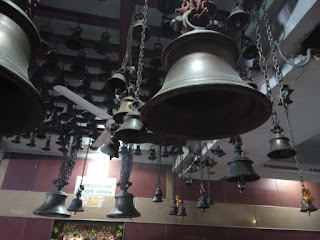 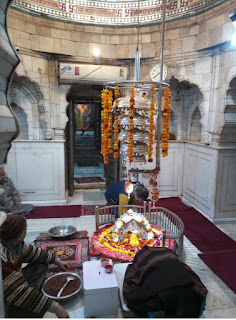 It is believed that the main idol in the temple was that of Yogamaya, an incarnation of Durga, born as the sister of Krishna. Kansa, cousin of Devaki (mother of Krishna) and uncle of Yogamaya and Kansa attempted to kill Yogamaya on Krishna Janmastami day when Krishna was born. But Yogamaya, who was cleverly substituted for Krishna, vanished after predicting Kansa's death at the hands of her brother Krishna.

The temple is believed to be built by the Pandavas, at the end of Mahabharata war. 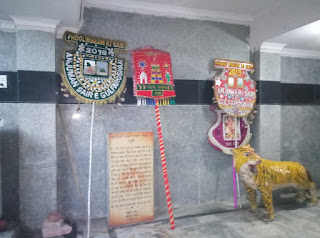 The temple is also an integral part of an important inter-faith festival of Delhi, the annual Phool Walon Ki Sair.
Phool Walon Ki Sair meaning "procession of the florists" is an annual celebration by the flowers sellers of Delhi. It is a three-day festival, generally held in the month of September, just after the rainy season in the region of Mehrauli.
This secular festival involves a procession, led by shehnai players and dancers, and bearing large floral fans, pankhas, to Yogmaya Temple, the shrine of Devi Jog Maya, and winds through Mehrauli bazar, to reach the dargah of 13th century Sufi saint, Khwaja Bakhtiyar Kaki. 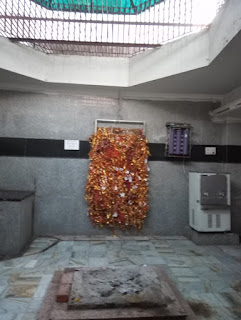 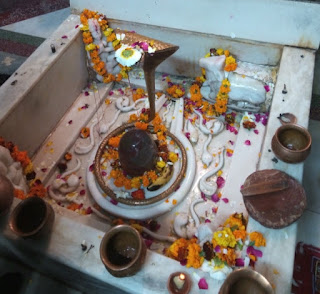 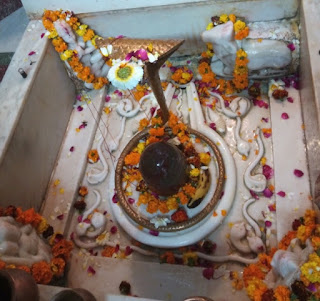 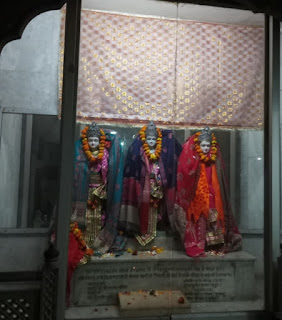 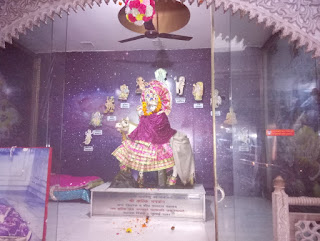 We started early in the morning.The panditji gave us kala chana and bhura (powdered sugar) as prasad and charnamrit.

This is just opposite Qutab Minar.

After the devi darshan we enjoyed hot tea and biscuits at a roadside cafe.
Overall a fantastic experience. 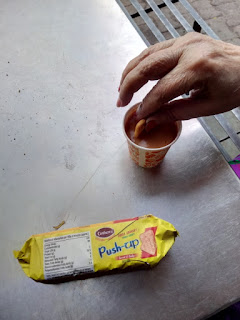