Lets go to Bangalore with Quickr

We live in the world of SMS where  every message has to be short, so my message to you is that if you are going to Bangalore then buy and sell or even rent a house there using   http://bangalore.quikr.com/. This way you will get the best deals both while buying as well as selling.
I got this gyan after some heart burn and domestic tension. 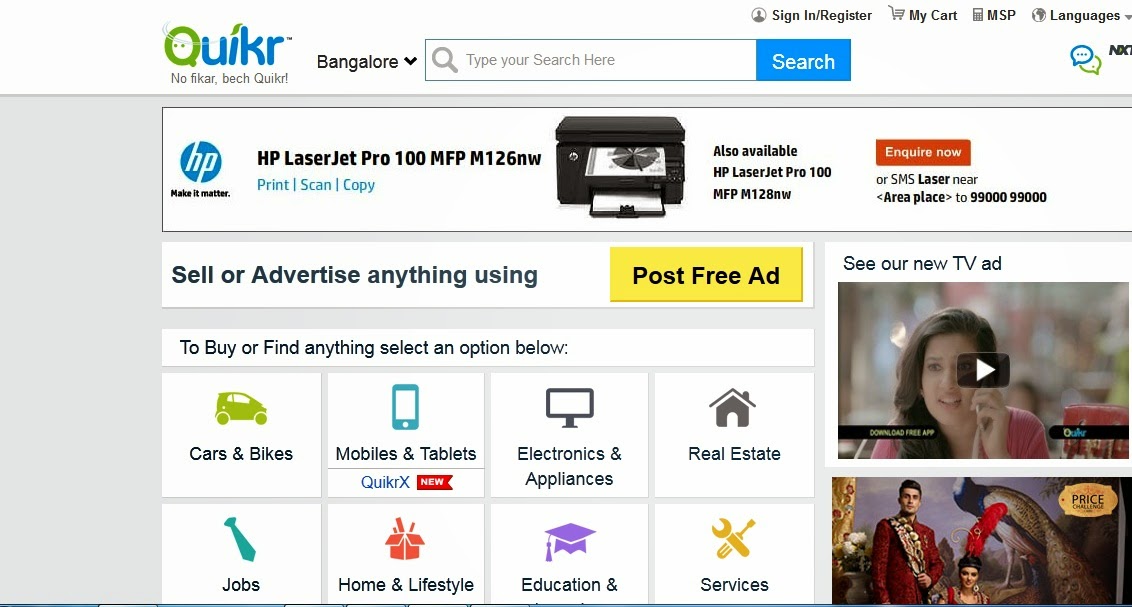 My story starts in flashback...“Bangalore is a city of opportunities and moving to this city of IT and city of gardens would do my career a great deal of good. ” I made this announcement at my home the day I completed my MBA in Information Technology. To show how serious I was I even showed them the list of companies I had applied to in Bangalore. Subsequent to a campus interview I got a joining letter from a Bangalore based company. I was to get a week’s accommodation in the company guest house and within this time I would have to search for alternative accommodation. When I informed my parents that I am going to join the Bangalore office my parents became quite tense. The thought of their only daughter going to Bangalore alone made my parents very apprehensive. Where would I stay? Maybe they should start looking for a flat on rent. My mom started making phone calls to her sister who had stayed for a few years in Bangalore asking for references of property agents who could help me get a house on rent. My father was very concerned as to how will I move about in the city. As here he had always turned down my request of buying a scooty and instead he  let me drive his old car to college so that his daughter could commute safely. He started searching his address book and looking up numbers of relatives and colleagues who could help me get started in my new life in Bangalore . This exercise brought my entire household under a lot of turmoil and stress as they were truly concerned about my well being. Then my younger brother suggested that I check here
http://bangalore.quikr.com/ 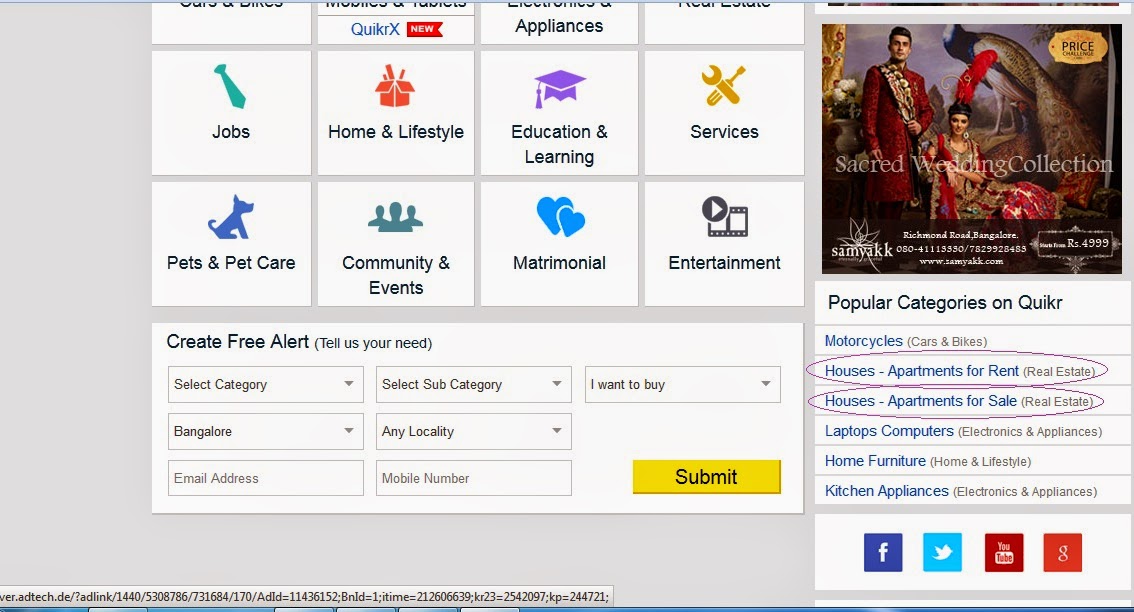 I was surprised to find a number of Apartments and Houses for rent as well as for sale in Bangalore. When I showed my mom these options my mom was very relieved. I even contacted a number of property owners  via chat and got the details about their property. Me and my parents shortlisted two properties in the vicinity of my office and I fixed a meeting to finalize the deal with the owner over chat while sitting a few thousand kilometres away from Bangalore thanks to  http://bangalore.quikr.com/

My father quickly checked all the cars that were on sale and believe me I was spoilt for choices. My father even selected a car of his favorite brand and color for me! Wow I was about to become the owner of my first car even before receiving my first pay check. 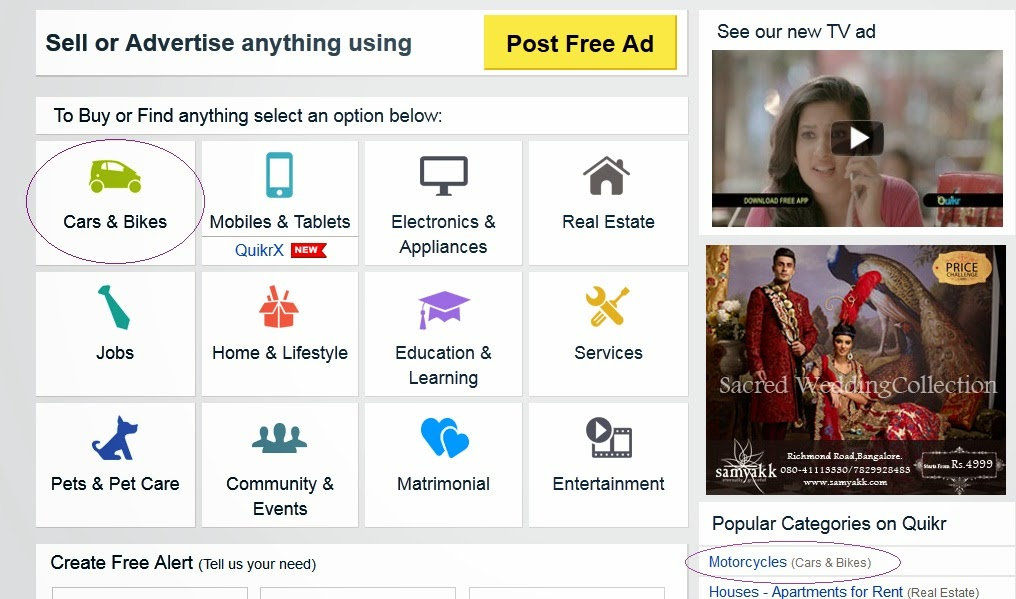 My mother was really impressed by the wide range of kitchen appliances on sale . I felt my parents were getting over excited as they were eagerly and quickly shortlisting appliances, a TV, a laptop for me. With the intention of putting a break on their excitement I showed them the appointment letter where it was written that my posting was for two years after which I would be posted to another city. Then what would I do with so much stuff? My father responded “Once you are posted to another city, you can visit http://bangalore.quikr.com/ and sell all the stuff there just as you are going to buy it today ”

Well he had made a valid point.I was assured that no matter where I went from Bangalore I always had
http://bangalore.quikr.com to lean upon.

All images have been taken from http://bangalore.quikr.com
Posted by Hemaaa at 11:06